The build up was unprecedented. The conference was novel. And the conversation continues.

Just in case you’ve had your head under a rock, I’m talking about SMACC 2013.

SMACC stands for Social Media and Critical Care and it is the title of a new kind of critical care conference that was held at the start of this week (March 11th – 12th), at the Sydney Convention and Exhibition Centre. It was an experiment that was born out of a collaborative effort between a group of emergency, intensive care and prehospital medicine practitioners as a way to delivier a novel conference experience.

This was demonstrated during the opening ceremony when Oli Flower played the part of the traditional tech-poor, juddering, cluttered slide presenting speaker and was thrown from the stage to be replaced by a TEDesque open stage with snappy, targeted talks augmented by solid audiovisual feeds to a screen in the auditorium, a screen in the SMACC lounge room and for the opening plenary, live online. 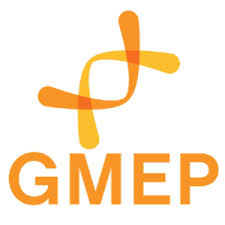 As you would expect from the title, social media devices were employed, with several background conversations being conducted through Twitter, using the #smacc2013 hashtag. This was also used to invite questions for the speakers.

But SMACC was different for other reasons too. This conference began several months ago. Groups and individuals have submitted videos and presentations (SimWars entries, PK presentations) and have been debating topics on Twitter since at least January. No doubt those conversations will continue as the presentations are disgested and debated, particularly as the opportunity to rewatch them emerges when they are released through the ICN, LITFL, PHARM and GMEP.

The buzz around the conference venue was greater than that of many other conferences, as delegates used the opportunity to meet the online educator legends, ask questions and debate issues. The enthusiasm was exemplified by a full auditorium for the last session on the last day. Granted it was the SimWars which was an amazing teaching session, as was the SonoWars on the previous evening.

So, if right now your are feeling like you may have missed out on the greatest critical care conference ever held, well, you did!

But don’t fret. What was intended to be a one off event is going to be annual. Already SMACC 2014 is being planned for March 17 – 19th. So watch the airwaves for news and get engaged. Get SMACCed.