Computers will change the world! … as long as you're compatible

Home Computers will change the world! … as long as you're compatible

The world went digital and we were promised an easier life of productivity and efficiency. Some aspects have worked well, such as those that have facilitated the explosion of FOAMed resources and transglobal collaboration. Others, however, still seem to be struggling with learning to walk. Hospital electronic records have been a much touted promise for quite some time and yet Valhalla does not yet appear to be within reach.

There are departments out there that are fully computerised (if not fully paperless yet) and others that still rely on paper records, such as my own, and hand-written investigation orders. The Australiasian College of Emergency Medicine has an IT working group that are still trying to work through all the pitfalls and inadequacies of Electronic Medical Record (EMR) integration, highlighting problems with problems with result clearance by shift-work staff and getting lab and radiology results to filter through to the EMR in a useful way. All of this and more is also being nutted out at government level as hospital staff and community doctors struggle with getting this promise of efficiency to operate efficiently. As an opportunistic aside, the NSW ANZICS group are meeting tomorrow in RPA Hospital for an open discussion on the NSW Intensive Care Computer Information System (CIS). If you want to join in, here is the information: 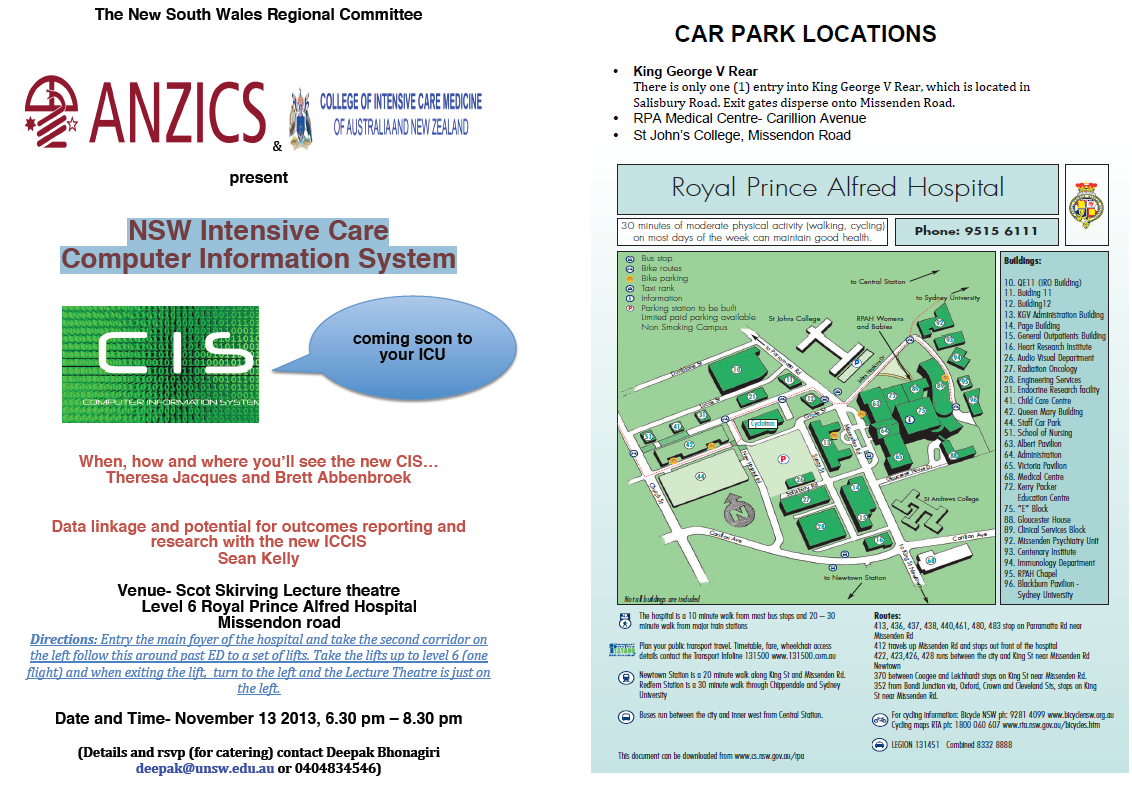 There are also broader limitations with medical IT in the workplace. Some institutions work with an opt-in policy while others are opt-out. Those with an opt-in policy need a very proactive IT department because otherwise the default seems to be a blanket ban on everything unless multiple exception requests are signed in triplicate under a blue moon on a Tuesday in a month with 32 days. It is somewhat irritating when I can’t show a video on a topic on the spur of the moment because YouTube or Vimeo are blanket banned; yet I know the material is not offensive or inappropriate, because I wrote it. Sometimes whole medical sites fall under the big warm duvet of the prevention of inappropriate use of institutional resources.

This is no mere rant, however (at least not in my head). It’s all well and good to exhault the benefits to all of integrated digital medical records and freely available med-ed for all, but what if only a few of us can get it? Numerically, the ICN’s readership are based in Australia, New Zealand, the USA, the UK, Canada, India and several European and East Asian countries. We also have members in South America, African nations, the Middle East, Russia and Eastern European countries. If all of our material is really intended as “freely available to all” then are we making a huge assumption that everyone is actually able to access it, whether in a developed or developing nation? The guys who ran the recent Developing EM conference in Cuba tried to address the developing nation part, which you can check out here – Developing EM 2013

So, I’d be interested to hear from any of you out there on any of this. Do you have an EMR system? Does it work? How much pre-commencement negotiation and post-release feedback went into it? Can you easily access online medical resources from work? Does it matter if they are traditional sources (journal sites, eMedicine, UpToDate) or does it include the loose FOAMed collective (sites like LITFL, Resus ME, EM Crit, BroomeDocs, PHARM or Academic Life in Emergency Medicine)? If you had to deal with a closed IT service, how did you open it up? We don’t often get a stream of comments after articles on this site, unlike many others, but there might be something you have done or thought of that could help others at their institutions. So please … unleash below …