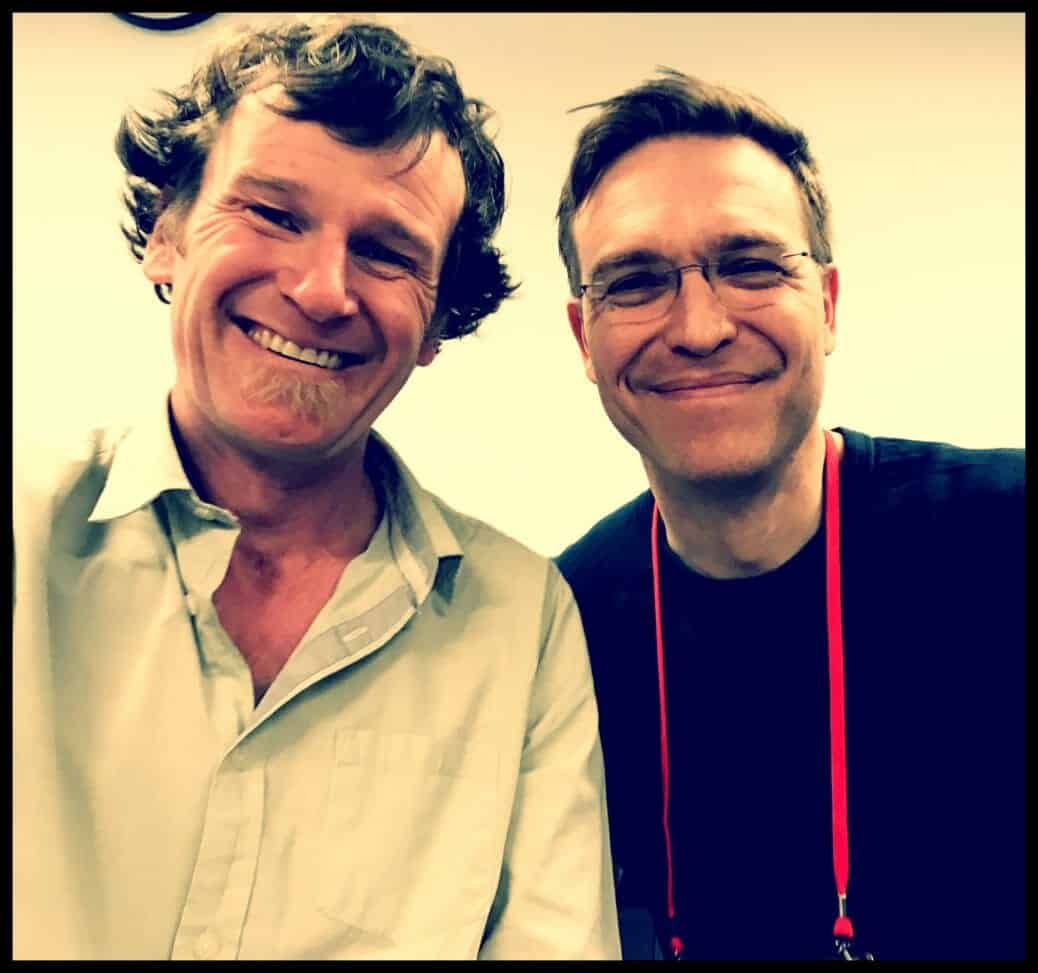 Physician and Intensivist Steve Warrilow, Director of the Austin Hospital ICU, talks about everything from Physician Generalism to Surgical Super Specialisation. Stephen is a man that can communicate.
Stephen Warrilow is, in many respects, my ideal Intensivist. Trained as a physician (aka Internal Medicine), a generalist by anyones standards, he “specialised” in ICU and was good enough to become the Director of the same unit that brought you Rinaldo Bellomo. He brings a calm, measured, intelligent voice to all he does. He makes people like me look bad. I sat down and chatted to Stephen at the CICM ASM and was hoping to find some sort of flaw, something that I could use against him, but no. I liked him even more after we talked.
We did get stuck into some important stuff starting with Stephen’s own path from Physician Trainee to Intensive Care. He would know a little bit about it too as he not only ran the regional physicians training consortium for 7 years but he still examines for the Royal Australian College of Physicians.
Having completed the RACP process himself he had to deal with the rather important fact that he doesn’t really like out-patient clinics. Hmmmm. So Stephen was one of those brave people that starts in an ICU even though, in his own words, he “couldn’t intubate, couldn’t do lines”.
Stephen is in a great place to compare and contrast RACP and CICM training.
At the CICM ASM Stephen was one of the leaders of the Consultant Only ICU Update Pre-Conference workshop which was about communication. So he was teaching the supposed experts how to do what they are supposedly experts at! That sounds a bit difficult. We get into paternalism, (The College also ran a Trainee Only Pre-conference event. Have a listen to Jellybean 62 Sarah Yong speaking about that and there is a soon to be released Jellybean with one of her co-co-ordinators, Naomi Diel.)
Despite the physician back story we end up talking about surgical hyper specialisation and what it might mean.
I doubt that the Austin Hospital regrets taking a punt on this particular trainee.
The Jellybean Podcast is about the people and the stories in-between the obvious stuff in medicine, nursing and para-medicine. If we had a tagline it would be something like “Don’t keep quiet.” (I’ll probably change that tagline every week.) If you like this sort of thing subscribe in iTunes or Stitcher Radio and if you know someone else that might be interested then spread the word. Please get in touch if you have a comment or maybe a recommendation for a future podcast. We are interested in almost anything; ethics, equality, education and everything!
Right now we are looking for new #FOAMed people from all professions; bloggers, podcasters, vodcasters, conceptual FOAM-artists, FOAMed from outer space, Philoso-FOAM-ers……
Get in touch. Leave a comment or contact me via Twitter @TheTopEnd
Share this