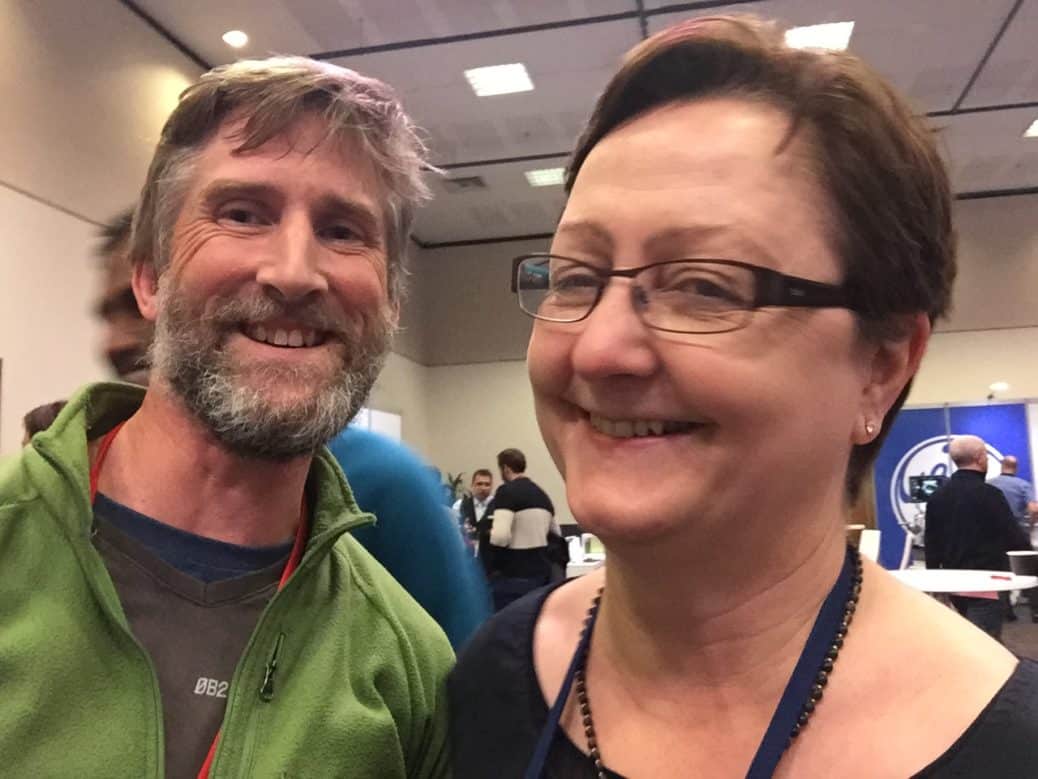 This is the second in a special series of Jellybean Podcasts recorded at the College of Intensive Care Medicine’s Annual Scientific Meeting (#CICMASM2018) in Hobart, Tasmania.

Today’s guest is Dr Susanna Price, Clinical Lead in Critical Care, Royal Brompton Hospital, President Elect of the European Society of Cardiology, published everywhere and co-author of too many guidelines to mention.

Fresh off the flight from London Susanna stepped up and talked sense to the biggest crowd ever to attend a CICM ASM. The cardiology focused meeting was a bit of a silo smasher. Perhaps no group of patients bridge across the divide between paediatric and adult intensive care more than the “Grown Up Congenital Heart Disease” (GUCH) patient. These are amazing people with amazing medical histories and they are around in greater and greater numbers. They may have started in a hyper-specialised surgical centres but they might end up in any emergency department anywhere. The catch is that these people will not always know all the details of their past interventions. They were, after all, children at the time. Even if you understand what their original pathology was you may not know what type of surgery was done, where, why, when, who and do we still do that?

Don’t be afraid, be informed. Susanna Price cracks opens a GUCH treasure chest to show us what is in there. This podcast contains numerous educational tips and free online resources.

The CICM ASM in Hobart worked hard to shine a light on the areas of critical care cardiology that cross the borders between specialties and the borders between paediatric, adolescent and adult intensive care. Dr Price’s clinical practice crosses borders and she is a Dual Trained UK Cardiologist and Intensivist, a rather rare combination in Britain.

Sometimes doing one specialty is not enough. For some it’s an intellectual journey, for others it might be a migration. For a few it is a way to make things happen. Important things. Like getting your patient to the cath lab or into theatre. Not satisfied with just being a top intensivist, Susanna Price also became a cardiologist, which helps when you are working at the Royal Brompton Hospital, the largest specialist heart and lung centre in the UK.

It turns out that adult intensivists still need to know about paediatric congenital heart diseases and their management, because having survived their childhood, with or without surgery, they turn up as adults in any hospital. This matters. It affects assessment, monitoring and therapies. They may not even know they have or “had” a congenital heart disease.

But there is help. Susanna and her European Society of Cardiology  colleagues have decided that this is so important, they built an educational platform and give access away for free: ESC Grown Up Congenital Heart Disease (GUCH) E-Learning

Susanna mentions and credits one particular person that she worked with; Adult Congenital Heart Disease pioneer, Dr Jane Somerville. Jane is indeed one of the great characters in modern medicine and you can watch her speak here;

However, being quintessentially British, it is far more appropriate to hear her on the iconic BBC Radio show Desert Island Discs. (Forward to 1:46 for the start of the show.)

Thanks to Dr Matt McPartlin who steps in to the help capture the best of the CICM ASM 2018 in the CICMxJellybean series and brings insightful use of obscure 1970’s sitcoms to the world of Critical Care. Don’t be afraid of the “GUCH”.

As at the Sydney ASM the College not only publish the lectures but they also invited Podcaster Doug Lynch (www.Lifeinthefastlane.com and http://www.IntensiveCareNetwork.com to come along to the conference again and interview some of the biggest personalities at the ASM. These podcast interviews are informal, entirely unscripted conversations recorded in one take with no editing whatsoever. The hope is that they give the listener some insight into the personalities at the ASM, almost as if you had been there and found yourself talking to the eminent women and men that delivered the keynote lectures after their talk or over coffee. In New Zealand and Australia we are lucky to have an anti-hierarchical culture where people are encouraged to speak their mind. All opinions expressed in these conversations are those of the individuals and do not represent the views of their employers. These interviews try to give you some insight into the atmosphere at a CICM ASM and add to the valuable information delivered in the talks. Some of the lectures recorded at the ASM will be made available through the College website and Intensive Care Network.

Here are the links to Susanna’s talks at the ASM;

The CICM ASM 2018 (CICMxJellybean) Podcasts are part of the larger series known as the Jellybean podcast recorded at conferences and meetings all over the world by fast-talking Irish doctor Doug Lynch. Doug was not paid to record, edit and distribute these recordings. The Jellybean podcast is available through iTunes, Stitcher Radio, Soundcloud and via www.TheTopEnd.org

Photographs were taken and used with the permission of the interviewee.

When you’ve finished all that you may need a break. Here is one of the “GUCH/Gooch” classics from the retrospectively tragic TV show, Different Strokes.