Previously well young woman presented late one night to ED with right flank pain that was worst with breathing. She thought it was ‘back strain’ having been on crutches following complicated ACL reconstruction a week before. After waiting many hours, she left after hearing that she would not receive imaging overnight, and was unlikely to be seen until the day shift started. Two days later she presented to her GP because she had woken very short of breath. She also reported increasing pain in the calf of her immobilised leg. The patient was on no medications, but was a smoker. Her family history included several autoimmune diseases, and her grandfather died of ‘clots’ and her mother was known to have protein S deficiency. Her observations and ECG were normal. Review the CT and lung ultrasound images to develop your diagnosis. 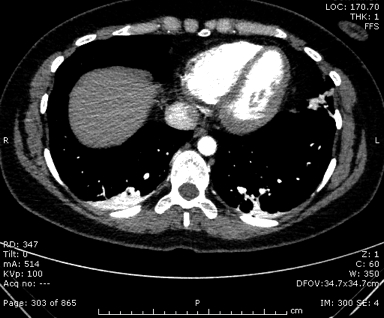 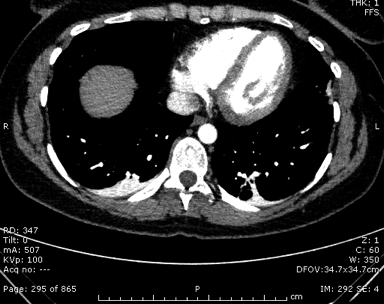 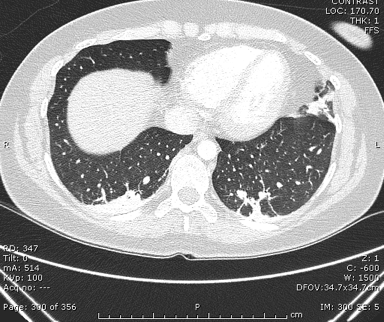