Oesophageal surgery- Is there light at the end of the tunnel? Professor Neil Merrett

Home Oesophageal surgery- Is there light at the end of the tunnel? Professor Neil Merrett 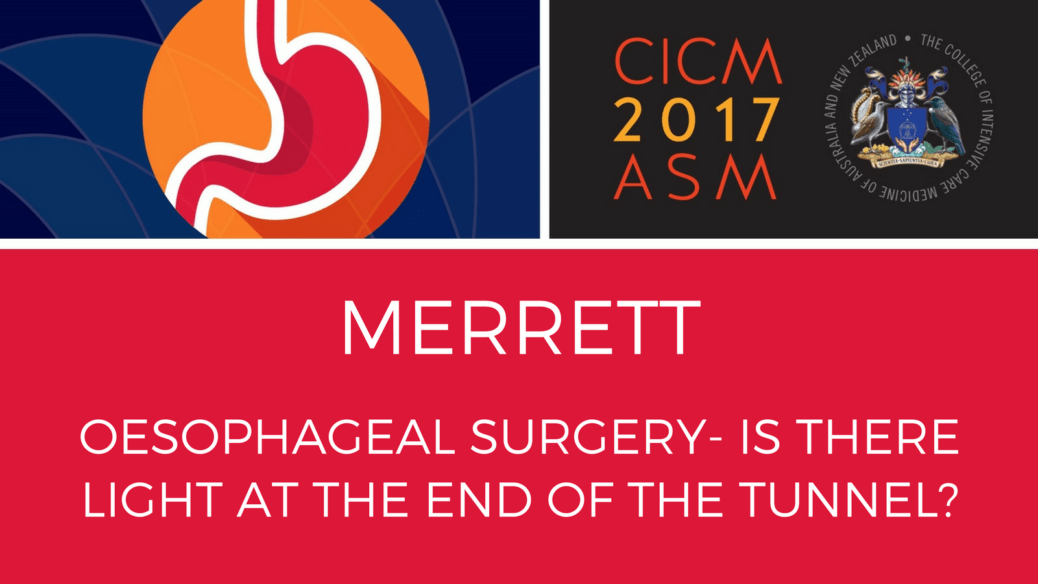 The 105 years since the first successful thoracic oesophagectomy was performed saw initially slow progress in terms of operative mortality, morbidity and oncological outcomes. Even until the late 1990’s, operative mortality figures of 15-20% were commonplace and long term survival was poor, as low as 12%1. The last 20 years has seen a major change in these outcomes both within Australia and overseas. These improvements have been based on the bed rocks of improved surgical techniques, improved peri operative care, changes in the distribution of the pathophysiology of the disease, improved patient selection through better staging, Development of endoscopic techniques for early tumours, development of effective neo adjuvant regimes and the development of “high” volume centres have all contributed to the current figures of 4% preoperative mortality and overall 5 year survivals in the post surgical patient of 40%. Better understanding of the nutritional issues involved has led to an emphasis on better quality of life issues in both the curative and palliative settings. This talk outlines the forces that have brought about the changes including outlining the modern treatment algorithm and discussing the volume effects of surgery in the Australian context

Oesophageal surgery- Is there light at the end of the tunnel? Professor Neil Merrett from SMACC Conference
Share this