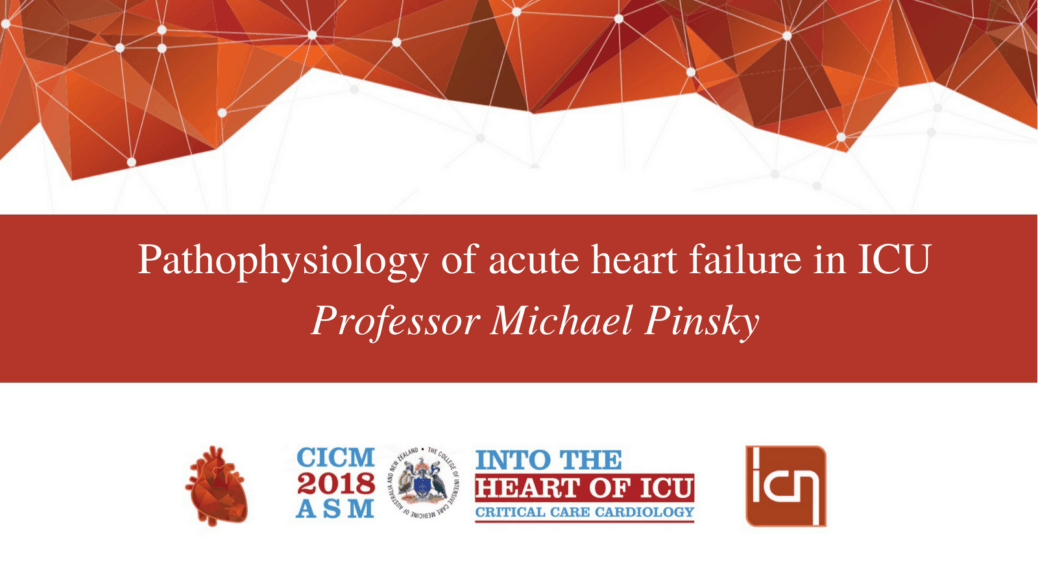 Ventricular pump function is often compromised during critical illness and for a variety of reasons. The most common cause of a limited cardiac output in acutely ill patients is right ventricular (RV) dysfunction. Exacerbations of chronic obstructive lung disease or the use of high end-expiratory pressure sin acute lung injury to support arterial oxygenation can result in acute elevations of pulmonary arterial pressure impeding RV ejection, causing RV dilation, decreased left ventricular (LV) diastolic compliance. All these effects limit cardiac output and LV stroke volume. Importantly, the treatment is to sustain mean arterial pressure greater than pulmonary artery pressure to prevent RV ischemia and balance RV fluid status to avoid both over-distention (acute cor pulmonale) and under-filling. This delicate fluid balance is greatly facilitated by the immediate and repeated use of bedside echocardiography. Attempts to minimize lung over distention should be a primary focus of therapy.  If one focuses only on the LV, these patients would be said to have a reversible form of diastolic dysfunction, in that LV ejection fraction would be normal but the LV not able to increase its end-diastolic volume without excess filling pressures promoting pulmonary edema. The second most common etiology of impaired heart functional reserve is chronic LV hypertrophy secondary to hypertension, wherein systemic afterload reduction is the primary treatment. Third, decreased systolic pump function is often seen in sepsis owing to reduced myocardial adrenergic responsiveness. However, this is often under-appreciated because of the usually co-existent peripheral vasodilation. In septic patients, measures aimed primarily to increase mean arterial pressure, such as the use of vasopressors often results in a decrease in cardiac output because the septic heart is not able to handle the increased load. Importantly, this form of systolic dysfunction is reversible once the sepsis state resolves, but may require inotropes during its height to sustain flow under pressure.  Finally both chronic heart failure patients can also get sick and acute myocardial infarction will impair both diastolic and systolic function. Their treatments include reversing coronary ischemia, if present, afterload reduction and a balanced fluid response. A clear and logical approach to all critically ill patients is needed to quickly separate these diverse forms of heart failure from each other as they have markedly different therapies and clinical trajectories.