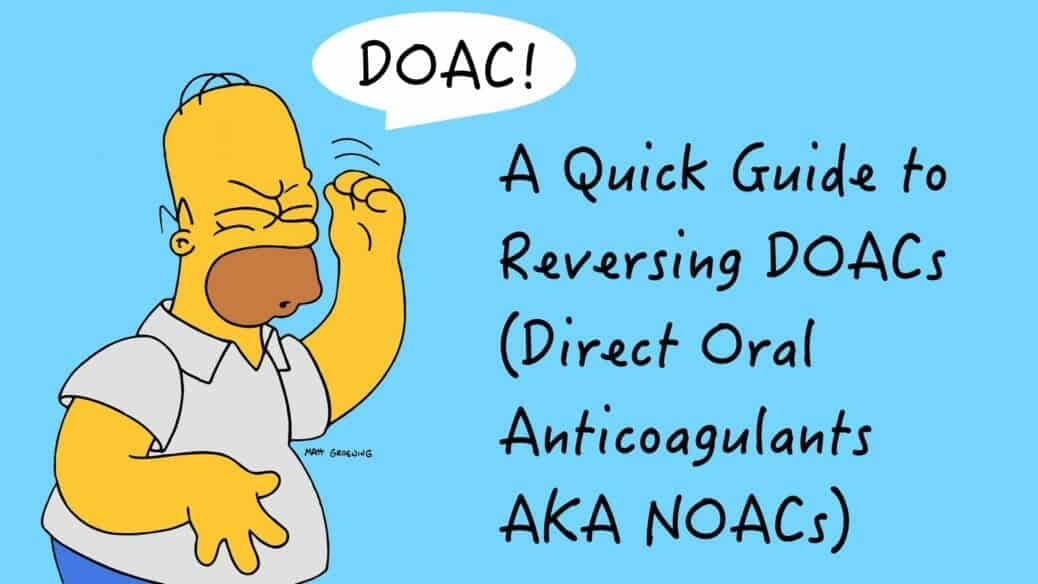 A Quick Guide to Reversing DOACs

A Quick Guide to Reversing DOACs

Novel oral anticoagulant use has grown exponentially in the last few years. Dabigatran, a thrombin inhibitor, was originally licensed for use in the US in 2010 and this was followed shortly afterwards by the release of rivaroxaban, apixaban and edoxaban, all direct factor Xa inhibitors. The clinical need for these agents arose from the difficulties in titrating and monitoring vitamin K antagonists (warfarin) however great concern remains around the use of these novel agents given the relative lack of effective reversal strategies.

Idarucizumab is an antibody fragment recently developed and licensed in the US which targets dabigatran and has been shown to effectively reverse its anticoagulant effect. Andexanet alfa and ciparantag are currently undergoing investigation as agents for reversal of factor Xa inhibitors.

In this article we hope to summarise the key facts about these novel oral anticoagulants and present the latest evidence on reversing their anticoagulant effects.

Monitoring prior to administration:

N.B. Watch out for rebound Dabigatran action at 24 hours as the drug redistributes