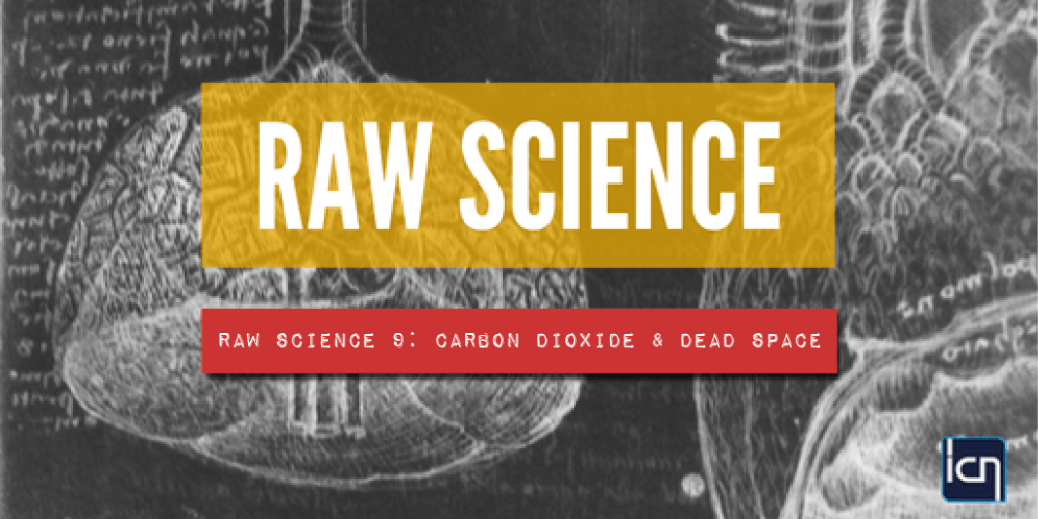 In the words of the canonical Roman poet Ovid: “Sickness seizes the body from bad ventilation”.

Welcome to Basic Science Clinic Raw Science 9. Convective gas flow provides the substrate to interface with alveolar structural and functional adaptation in orchestrating gas exchange. Gas exchange is the serial interconnection of ventilation, diffusion and perfusion. Alveolar gas composition is determined by amount and type of gases delivered by ventilation, the rate and direction of gas diffusion, and the pulmonary blood flow which continuously recalibrates partial pressure gradients to direct oxygen and carbon dioxide movement. Bulk gas volume displacement is the mechanism of ventilation, but how do we conceptualise and quantify its contribution to gas exchange and its associated abnormalities? In this pod we will examine the quantification of ventilation and parse its correspondence with variance in the dead space volume and central role in carbon dioxide homeostasis.

In this podcast we will cover:

How do we define pulmonary ventilation?

What is the relationship between alveolar minute ventilation and alveolar gas composition?

What are the determinants of arterial carbon dioxide partial pressure?

What are the physiological sequelae of hypercapnia?

What is dead space?

How do we quantify dead space volume?

What are the factors that affect dead space?

Here are your Raw Science factoids:

Morphological dead space estimates give us volumes of 150mls for dogs, 380mls for cows and 150-300L for whales.

In 1986 in Cameroon a paroxysmal expulsion of carbon dioxide from the volcanic lake Nyos resulted in the asphyxiation of 1700 people and 8000 animals.

The highest documented PaCO2 to be measured in a subsequent survivor weighed in at 501 mmHg in a 16 year old boy swallowed, sequestered and asphyxiated by a rapidly filling grain truck.

For feedback, corrections and suggestions find us on the twitter handles @falconzao and @sophmconnolly or alternatively post on ICN. Check out our new website basicscienceclinic.com where you can access the back catalogue and peruse the real brains behind our elaborate plagiarism by checking out the reference page to go direct to the source material.

Thanks for listening. Next up we’ll consummate the journey of inspirate atmospheric gas into the blood phase, as we appraise gas diffusion across the alveolar-capillary membrane and dissect the pulmonary vasculature.