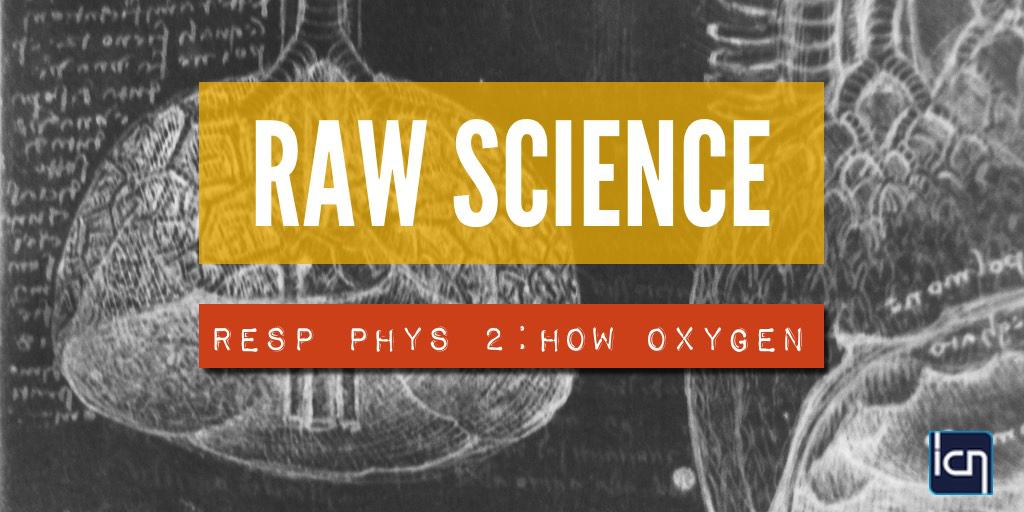 Among the notable things about fire is that it also requires oxygen to burn – exactly like its enemy, life. Thereby are life and flames so often compared.

Welcome to the second podcast in the Basic Science Clinic Raw Science series.  In our somewhat circuitous exploration of respiratory physiology we will complete the story of the promiscuously electronegative pharmaceutical gas oxygen.

In the first episode of this series we addressed the ‘why’ of oxygen, exploring its unique physicochemical properties to explain its onerous position as the foundational slab of our hierarchy of needs.  Having traced our way from the presence of oxygen in the atmosphere to the ETC at a mitochondrial level, we now move to the ‘how’ of oxygen.  In this second podcast we return to the atmosphere, examining the contributors to the gaseous composition, as both a signature and supporter of complex biology, and the morphological adaptations necessary to successfully interface with the atmosphere to harvest its oxygen content.

As always, we would love to hear feedback/corrections and are happy take requests for content of future podcasts.