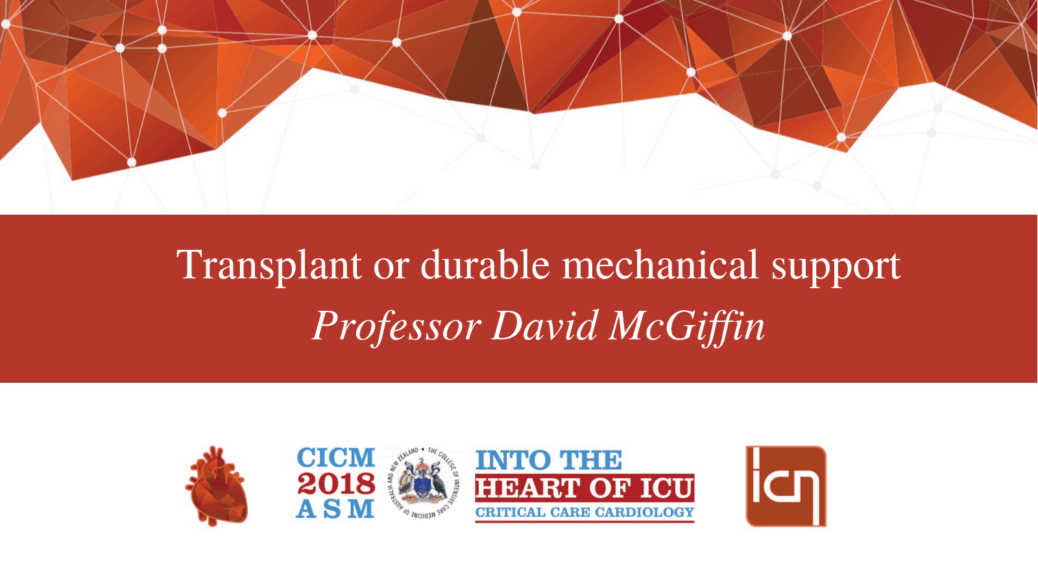 Heart transplantation continues to be regarded as the gold standard therapy for end stage heart disease and that is why there is a rather artificial VAD indication classification – bridge to decision, bridge to transplantation and destination therapy.  It is the dynamic nature of heart failure and its treatment that may mean a VAD patient may move in and out of these designations.  This would argue for a single designation – indication for a VAD.

The automatic assumption that patients who have a VAD implanted should proceed with listing for cardiac transplantation (in the absence of transplant contraindications) is now coming into question.  Comparing the survival of cardiac transplantation versus that of VADs is a difficult statistical problem but there is now evidence that for a subset of patients who have undergone a VAD implant that over the short term their survival may be equivalent to that of a patient receiving a heart transplant.  Of course that does not say anything about quality of life and long term survival but at least there is evidence that in the short term there may be equivalent survival which makes decision making both easier and harder.  The decision becomes easier in that equivalent survival means that some VAD patients don’t automatically have to be considered for transplantation but harder in the sense that it is unclear which VAD patients may be better keeping their device rather than proceeding to transplantation.  That is one of our current challenges.