These are images from real ICU patients.

75yo man presented with urosepsis. After appropriate antibiotics & initial fluid resuscitation he was needing vasopressors. He had a failed insertion of R IJ CVC. Subsequently a femoral line was successfully inserted & vasopressors were started. He stabilised quickly on low dose noradrenaline.

A few hours later he became more tachycardic w dramatically increasing noradrenaline requirements. What investigation would you perform, & why? 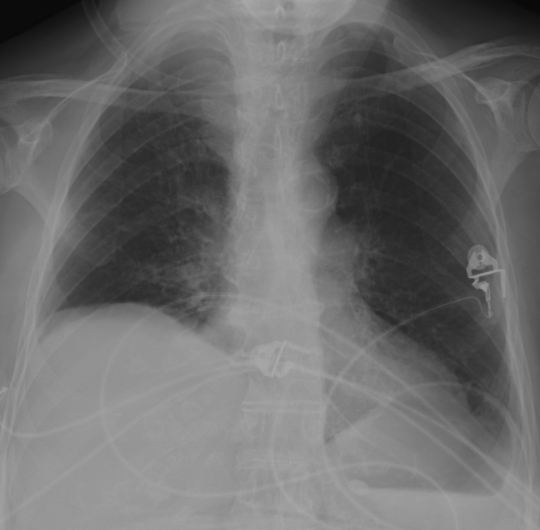 First CXR shows some R apical capping – a sign of haemothorax. The next investigation would be to repeat the CXR.

The attempted R IJ approach was very low in this case, & caused a vascular injury resulting in a massive haemothorax. Note the associated tension pushing the mediastinum to the left side. 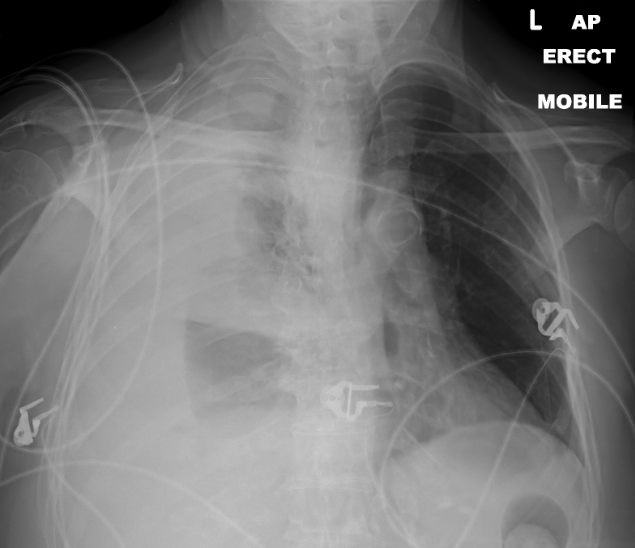 This did not control the bleeding, so patient went to theatres for an emergency vascular repair. 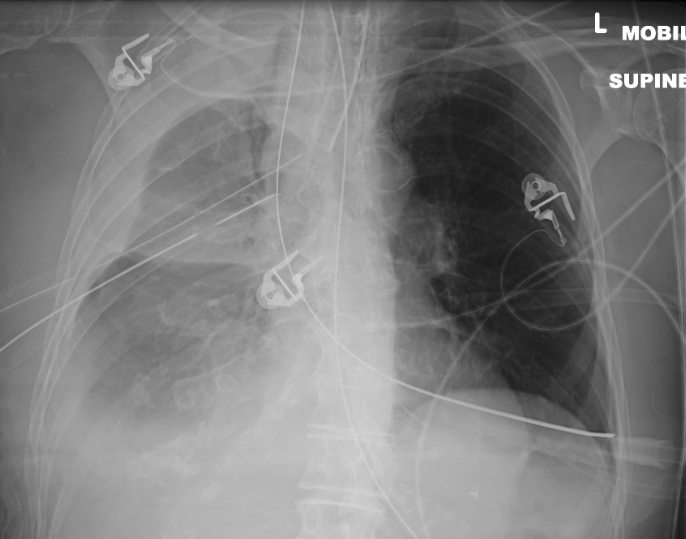 For every procedure you perform:

-recognise a complication early – don’t be proud! Everyone has complications at some time or other!