These are images from real ICU patients.

76yo man who was initially admitted to ICU with infective exacerbation of COPD. He had been very difficult to wean from ventilatory support. After a fortnight he developed a ventilator-associated pneumonia, & ventilation deteriorated significantly, requiring high pressures. On evening ICU round he suddenly deteriorated: desaturated, poor tidal volumes, & hypotension. What has happened? Why? What would you do next? 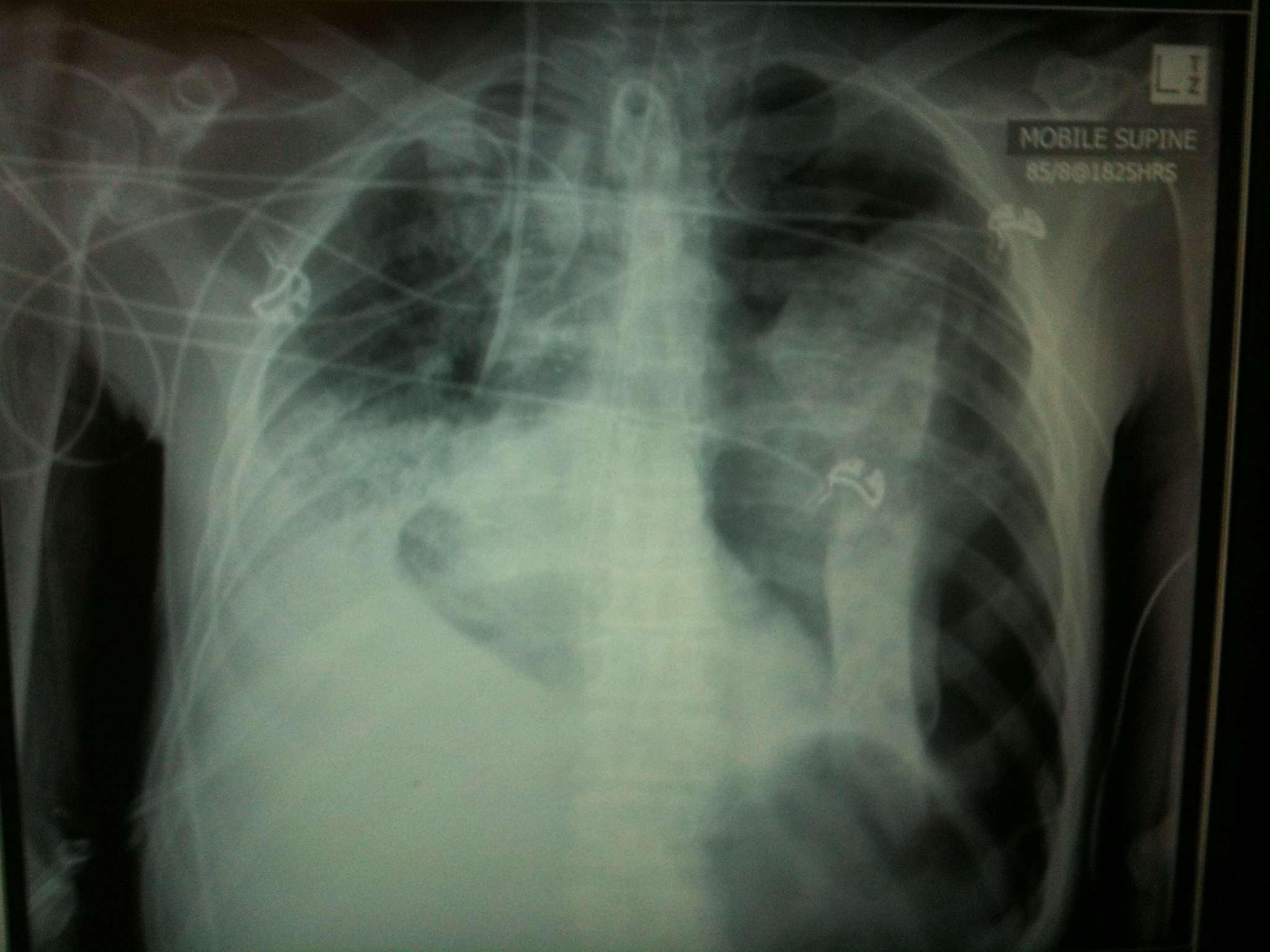 The next step would be to decompress the tension pneumothorax emergently & place an intercostal catheter. Note the significant subcutaneous emphysema,  small residual L pneumothorax (may potentially benefit from a 2nd ICC), & bilateral lower & mid-zone collapse/consolidation. 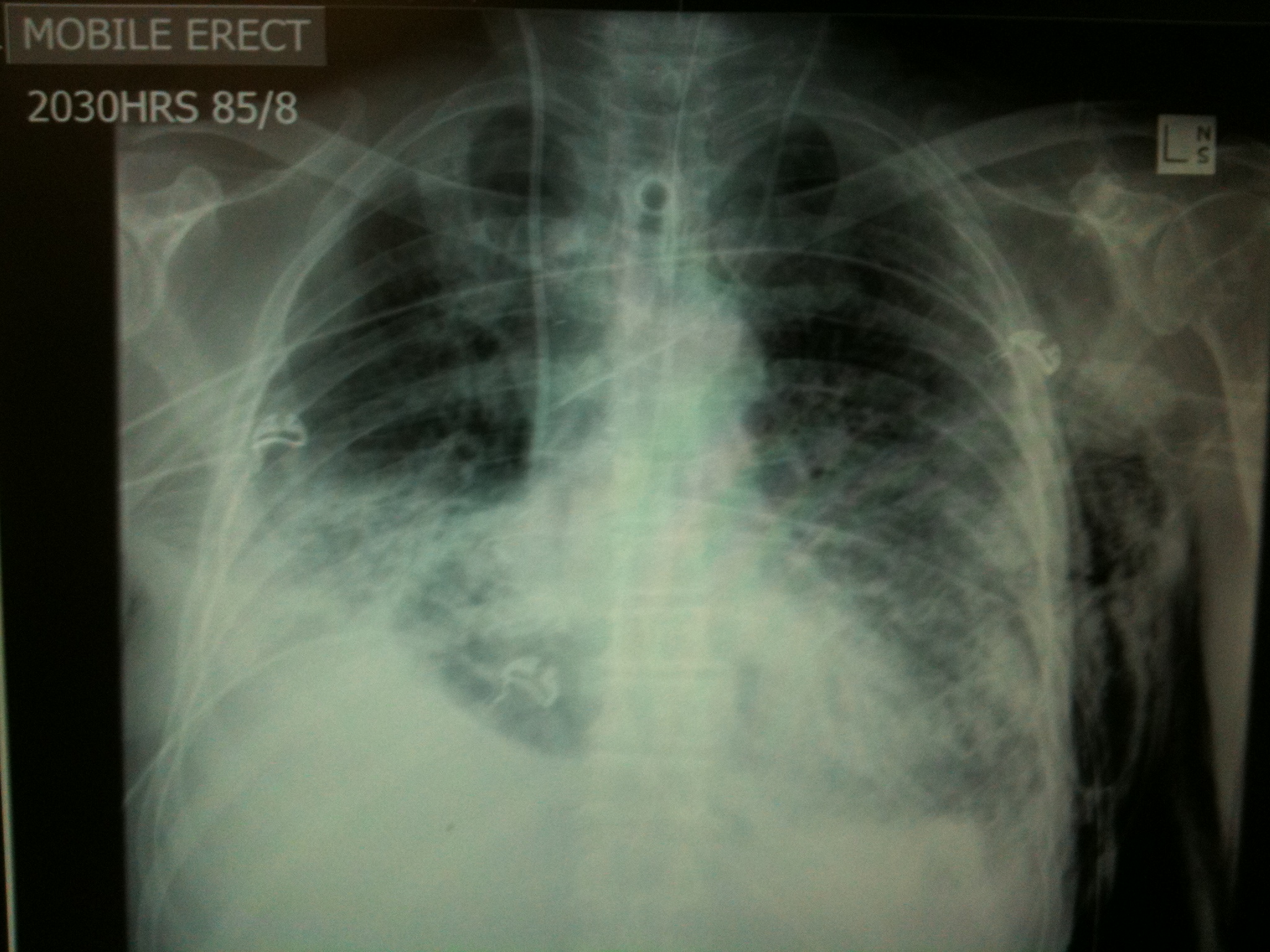 Management of COPD from LITFL which includes ventilatory strategies.

High airway pressures: why they occur & how to manage then (again from our friends at LITFL)