We have ROSC. What next?

Home We have ROSC. What next? 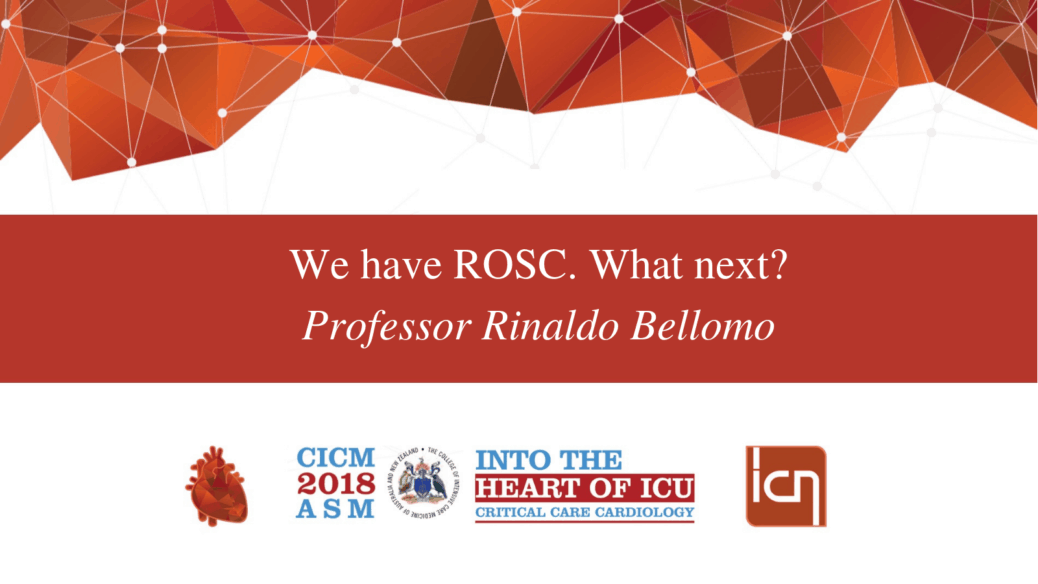 Patients admitted to the ICU after cardiac arrest have, by definition, achieved ROSC. In such patients the major issues remain those of ongoing support hemodynamic and cardiorespiratory support, cerebral protection, aetiological diagnosis, and rapid intervention to deal with the underlying trigger (coronary angiography and stenting of coronary artery disease or CT pulmonary angiography and anticoagulation/thrombolysis for PE). Once the aetiological diagnosis has been made and its cases addresses and cardiovascular stability has been achieved, the priority of care is directed toward cerebral protection. Previous randomized controlled trials had suggested that hypothermia would deliver superior neurological outcomes compared to usual care. However, methodological concerns led to a further large trial of strict normothermia (TTM-1) which found strict normothermia to be equivalent to hypothermia in terms of neurological outcomes. Such findings have led to the design and randomization of patients with out of hospital cardiac arrest (OOHCA) to normothermia vs. avoidance of fever (TTM-2). At the same time preliminary work has demonstrated the potential of hypercapnia to act as a cerebral protector in patients with OOHCA. His has now led to a large trail called TAME, which currently also recruiting patients worldwide and in ANZ. These two trials will provide important information on the outcome of OOHCA patients and may identify new ways of achieving cerebral protection in this setting.

We have ROSC. What next? by Professor Rinaldo Bellomo from CICM 2018 Annual Scientific Meeting
Share this